Circle of Excellence is an annual program developed by the global lubricants producer, ExxonMobil, and it recognizes and rewards the best ExxonMobil Lubricants Distributors throughout Europe, Africa and Middle East. Initially presented in 2004 under the name of Elite Club, the program has evolved year after year and represents a way to acknowledge exceptional results in matters of business performance, branding alignment and strategical alignment. Over the last 14 years since the introduction of the program Star Lubricants is proud to have found itself among the top three Strategic Distributors 14 times and to have earned the prestigious Gold Award 8 times.

Over the years since the ExxonMobil Distributor Circle of Excellence program was introduced Star Lubricants has received the following awards in regards to its activity importing and distributing ExxonMobil lubricants and specialty products:

ExxonMobil in Recognition of 15 years

In year 2009, while celebrating 15 years in the world of ExxonMobil lubricants Star Lubricants was awarded a crystal as a symbol of the close partnership and aligned vision. 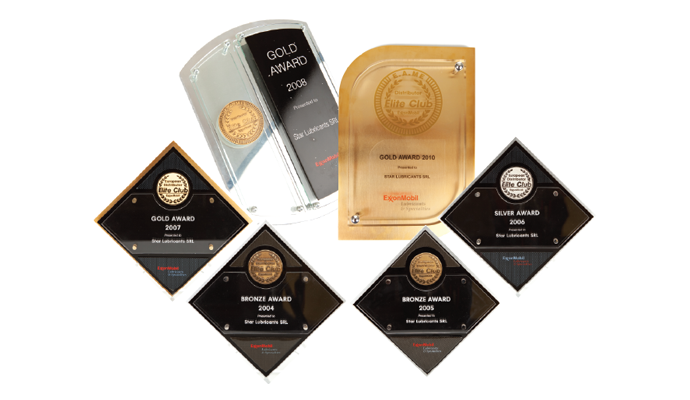